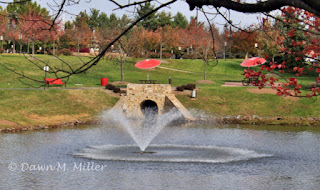 It was to be a garden party and everything was well planned; the Mayor himself had seen to it personally.

When he had left the town thirty years back no one had imagined that one day he would be the third richest man in the country. He had never visited the town in these thirty years. There was no one who had even slightest acquaintance with him. Yet everyone was excited about his home coming; they had heard and read about him a lot.

The Mayor thought that the town must honour him for his achievements. And if he chose to stay in the town for the rest of his life it would be a matter of pride for all of them. Of course the Mayor had a hidden agenda. His political career had been stagnating; perhaps his support could propel him to higher strata.

He came in an old, cheap car with few belongings and no retinue.

He agreed, but very reluctantly, to come for the garden party. At the party he was the one who was least conspicuous.
******