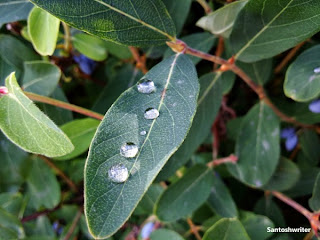 He had been a helpless witness to the killing of his friends and relatives. One by one they had been reduced to ugly stumps. Each one had been a glorious sample of its kind that had blossomed for decades.

All those who were still alive, anxiously waited for the Sun to rise. Even if some survived the day, they couldn’t avoid the gloom; others would have been felled.

Sun was yet to rise but he could sense the arriving machines and monsters.

He looked around. He did not want to cry but he could not stop his tears.
*********
A post for Friday Fictioneers on a photo prompt. 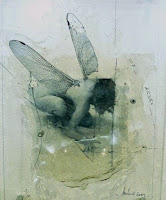 He was as impudent and careless as any fourteen years old boy could be.

But even in his wildest dream he had not imagined that he would hit a flying bird with a stone he had thrown at nothing in particular. But the bird got hit; it fell on the ground like an ice ball.

For a few moments, he stood rooted to the ground. Then he walked on leaden feet and apprehensively approached the wounded bird. He tried to revive it by dipping its beak in the water. The bird died a painful death. He was shattered.

He had often dreamt that he had turned into a bird; that his wings were broken; that he was unable to fly.

As the years passed by the memories left him but not the dream. It kept haunting him.
******
A post for Magpie Tales

He had been walking on the jagged, stony path for hours, not knowing where he was headed to. He felt an unbearable thirst; he kept looking for water but could not find even a drop to quench it.

He stumbled on a rock and fell into a ravine.

He was still unconscious when he felt a soft, strange hand exploring his face. He found it difficult to open his eyes but he did manage to look around. He was surrounded be an eerie, greenish light. He could see strange unusually tall creatures quietly moving around. He tried to get up but found that he couldn’t move any part of his body.

A fear rose in his heart, “What is this place? Where am I? Who are these monkey-like creatures?”

And then he felt a deeply warm and intimate touch.

“What do you think?” he heard a whisper brimming with irresistible desire.
He was no longer flaccid. He looked into her half-closed eyes and smiled. 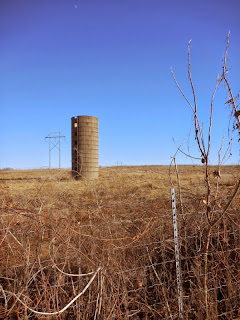 “You won’t even recognise that place. For miles you won’t see one full grown tree. Not even a shrub grows there. The rivulets have dried and birds have vanished.”

Grandpa was adamant that he would go back to the place where he had spent ten years of his childhood.

“I haven’t many days left. Please, I want to feel those trees and hear those birds….”

“It’s all changed, fallout of the progress.”

“If you insist I will take you, but you may not survive the shock.”

We are on the way.
******
A post for Friday Fictioneers on a picture prompt 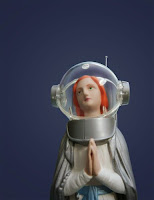 The aliens were desperate. Water generating system on the spaceship had failed and without water end was certain.

Sensors traced water on a planet in Milk way. They headed for that planet; confident that they find pure water and survive.

But that did not happen. They couldn’t find even a drop of unpolluted water anywhere on that planet. Every ocean, every lake, every river was like a cesspool. Even water deep inside the planet was polluted.

“How could they manage to pollute every drop of water?”

No one on the spaceship was interested in the answer; for end appeared certain. 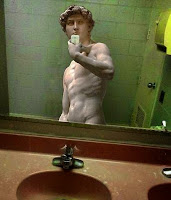 Six months back when he was told that in one of his past lives he was a Greek soldier in Alexander’s army, he had thought that it was a joke.

“That is what my analysis suggests.”

He laughed at the idea. Later he looked at himself in the mirror and said, “From which angle do I look like a Greek soldier?”

He smiled at his dark, almost black, body and regretted having agreed to the suggestion of his friend.

Today when he taking a selfie in front of bathroom mirror he was taken aback. He thought that for a moment he had seen a reflection of a Greek taking a selfie.

You may like to read El Dorado, my post for Friday Fictioneers
Posted by i b arora at 16:02 14 comments:

Email ThisBlogThis!Share to TwitterShare to FacebookShare to Pinterest
Labels: a post for Magpie Tales, delusion, Greek soldier, past life 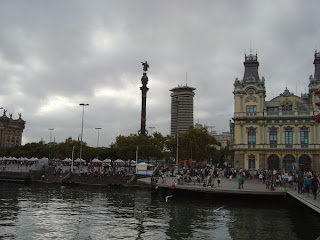 He was not bitter with the turn of events.

When they had embarked on the journey they knew that it could end in a disaster for everyone who had tried to reach El Dorado had perished.

Most of his friends had succumbed to diseases. But he would not stop.

A storm broke out and the ship tossed like a cork in the waves.

When he woke up he was on the land and all alone. He got up and stumbled on.

Out of nowhere a glorious, gilded man appeared before him. Although wonderstruck, he felt the stab in his heart.
*****
A post for Friday Fictioneers and Three Word Wednesday

Email ThisBlogThis!Share to TwitterShare to FacebookShare to Pinterest
Labels: a post for Friday Fictioneers and Three Word Wednesday
Light unto Yourself

Gautam, the Buddha, was about to attain Mahaparinirvana.

Ananda, one of His disciples, was disconsolate. He had been the closest companion of Buddha for about forty years. He had eagerly soaked in every word of wisdom uttered by the Master. He remembered almost every discourse of Buddha and could effortlessly recite His teachings. But he had failed to attain enlightenment.   Many disciples had, in the intervening years, achieved their goal and were spreading Dharma amongst the people. But Ananda was still groping in darkness.

With tears in his eyes he asked Buddha, “Master, what will I do when you leave? I am still a learner. With no one to guide me, how will I attain enlightenment?”

Buddha smiled and said, “Do not grieve. This is my last advice to you and to my all disciples. All things in this world are impermanent; be vigilant and work hard to attain enlightenment; be a light unto yourself.”

Ananda dutifully followed the path shown by Buddha and in time attained enlightenment.